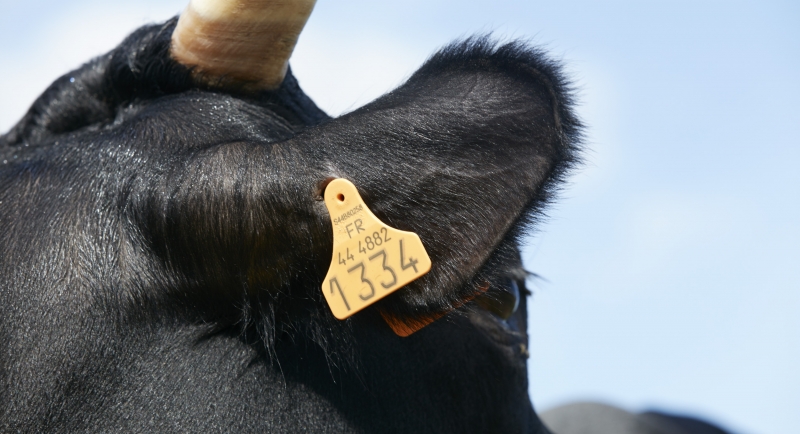 Discover more about the 2017 show's mascot!

For 2017, the Paris International Agricultural Show has decided to showcase a rare breed of dairy cow which once nearly disappeared: the Bretonne Pie Noir. A great honour for France's smallest cow. The breeding organisation for that particular breed has selected Fine to represent it.

This is a fantastic opportunity for Cédric Briand – the farmer who reared Fine – to share his passion with visitors to the show.

Fine was born in March 2010 at the “7 chemins” farm in Plessé and is a proud descendant of Akhénaton and Capucine – two fine specimens of the Bretonne Pie Noir breed.

The farmer who reared her – Cédric Briand – is completely objective when he describes her as “a most extraordinary animal". Although she comes across as somewhat discreet, Fine knows what she wants! A beautiful and proud creature, her appearance goes with personality as a leader. She is milked twice a day and calves every year. If she has one fault, it's greed! But that's just as well, since she spends her days out grazing in the open air…

It was possible to share information with this famous cow in France by using the hashtag #FINE!