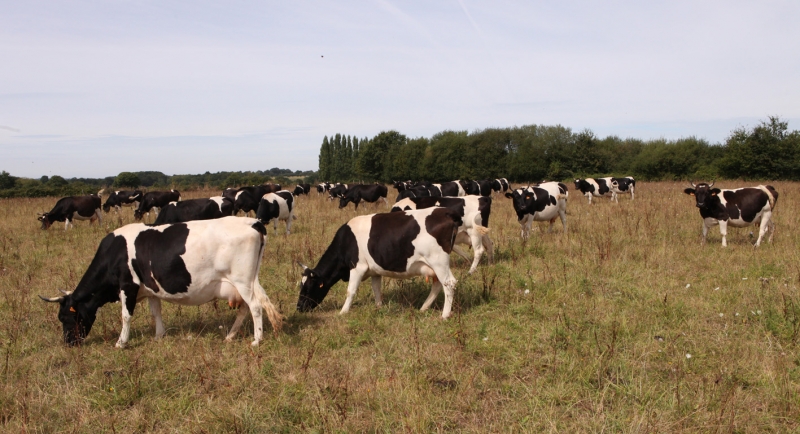 The cow has featured on the Show's posters for many years now, and since the 2000s has been a fully-fledged icon, personifying the show.

In 2011, the cow's name, breed and her age were all given on the advertising poster: that's when the media maelstrom about the mascot cows shifted up a gear.

Every cattle breed can apply for the role of Show mascot. In the 2000s, it was difficult to persuade people to submit applications for their breeds. But in recent years, there has been no shortage of competitors.
Once all the applications have been received, the Show’s organising committee selects a particular breed, alternating between dairy breeds and beef breeds, ensuring a balance between breeds threatened with extinction and breeds of which there are high numbers, and ensuring that all regions throughout the country are well represented.

The president of the breeding organisation for the selected breed chooses the cow itself and – most importantly – the livestock farmer who will need to give up some of their time (one or two days a week) for several months so they can promote the Show. Being the farmer of the cow selected to be the Show's mascot means a great deal of work for several months. It can take up to two days a week, starting in September!

The role played by the regions in supporting the breeds

The breeding organisations, which are tasked with preserving and promoting their particular breeds, are increasingly supported by communities. The breeds get support from their regions, and from their départements or local communities – representatives of which will also be present. This is particularly the case for the breed being showcased – which will secure the attendance of many local corporate stakeholders. The show's organising committee ensures that representatives of the chosen breed are able to express themselves widely and involve all the contacts that they can amass. This is so that its presence at the Show is a big hit at a number of different levels as far as communications are concerned.

Here are cows that have served as icons of the Paris International Agricultural Show – click here to read the stories and see photos of our previous mascots.