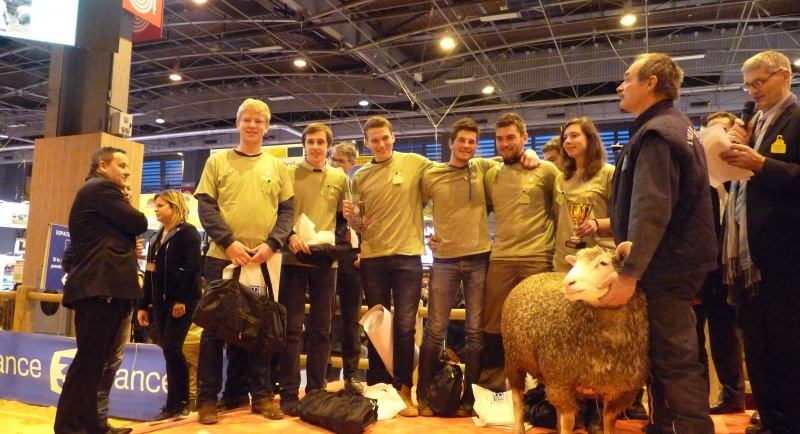 14th national final of the ovine olympics for young shepherds

Ovine Olympics to recruit the breeders of the future

The Ovine Olympics for Young Shepherds are an opportunity to find out what being an ovine livestock farmer is actually about through discussions with professionals and students actually getting their hands dirty: sorting ewes using a smartphone, assessing a ewe’s health, handling a sheep and assessing its physique, trimming its toenails, assessing the fattening of lambs and selecting a breeding ram.

The Ovine Olympics for Young Shepherds are evidence of the sector's willingness to get people interested in it so that new ewe livestock farmers can set up throughout France, ensuring that there will be people to take over from the current generation.

For the 14th edition, the Ovine Olympics for Young Shepherds will feature three highlights:

The Ovine Olympics will be playing in the big league. For the 14th edition, all of the competition's practical heats will be held in the Grand Ring of Hall 1 on Saturday 23rd of february, and will be re-broadcast live on the web. Viewers will also be able to interact live with the competitors via a chat facility.

The Ovine Olympics are also a collective competition. This trial, which tests both students' sheep rearing ability and their communication skills, is an opportunity for students from the same school to put their heads together and think about a different topic every year, and to demonstrate their creativity by putting forward arguments and creating an information document.